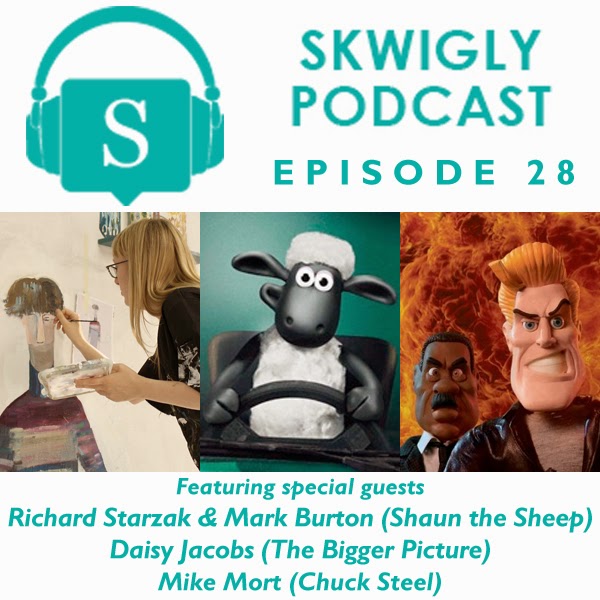 A good ol' Skwigly roundup for you fine folks today. Starting with the latest podcast which went up today - Steve has interviews with Daisy Jacobs (director of the BAFTA-winning NFTS film The Bigger Picture) and Chuck Steel creator Mike Mort, while one of our talented writers Nathan Wilkes chats to the Shaun the Sheep Movie directors Mark Burton and - making his return to the Skwigly Podcast (having also been featured in episode 11) - Richard Starzak. It's a fun one, friends! Subscribe, stream or download to your heart's content:
There's also a new episode of Lightbox up this week in which the always-brilliant Laura-Beth learns about Disney's Feast from Director Patrick Osborne, Designer Jeff Turley and Producer Kristina Reed. There are two versions of this one, you can check it out on YouTube (where it's already doing very well) or watch the slightly nicer edit below:

On the other end of the animation spectrum I'm really happy to have an interview with legendary Estonian director Priit Pärn up on the site this week. I've been a fan of his work since 2000 when I saw Hotel E on, of all things, a semi-pisstake Adam and Joe C4 documentary that doesn't appear to have surfaced online. It was pretty funny though. My prevailing memory is a moment where BaaadDad threatens to stab a child for a Pokemon card. Cheered me some.
Back to Priit Pärn, if you've not caught his work it's worth the research; Though heavygoing at times it's often incredibly witty and always brilliantly-executed - and absolutely, irrefutably Estonian. His latest film Pilots on the Way Home, one of several co-directed with his wife Olga and his first collaboration with the NFB, shows he hasn't mellowed with age either:
On top of all this there's a new book review up on Animate to Harmony by Australian indie animator Adam Phillips. It's an invaluable guide to ToonBoom Animate and Harmony and it's really filled in some gaps in my overall knowledge of the software. More importantly, reading it has motivated me to follow-through on a recent promise to myself. Sometimes when we feel like we're floating without a paddle...well, a good book can take one's mind to a better place. To read my gushing in full check out the review here. 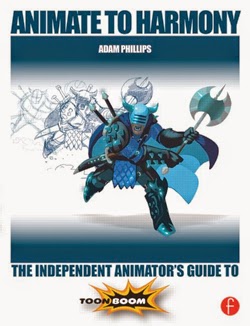 Lots more in the wings but I reckon that covers it for now. Happy weekending, everyone!
Posted by Struwwelpeter at 13:33 No comments: 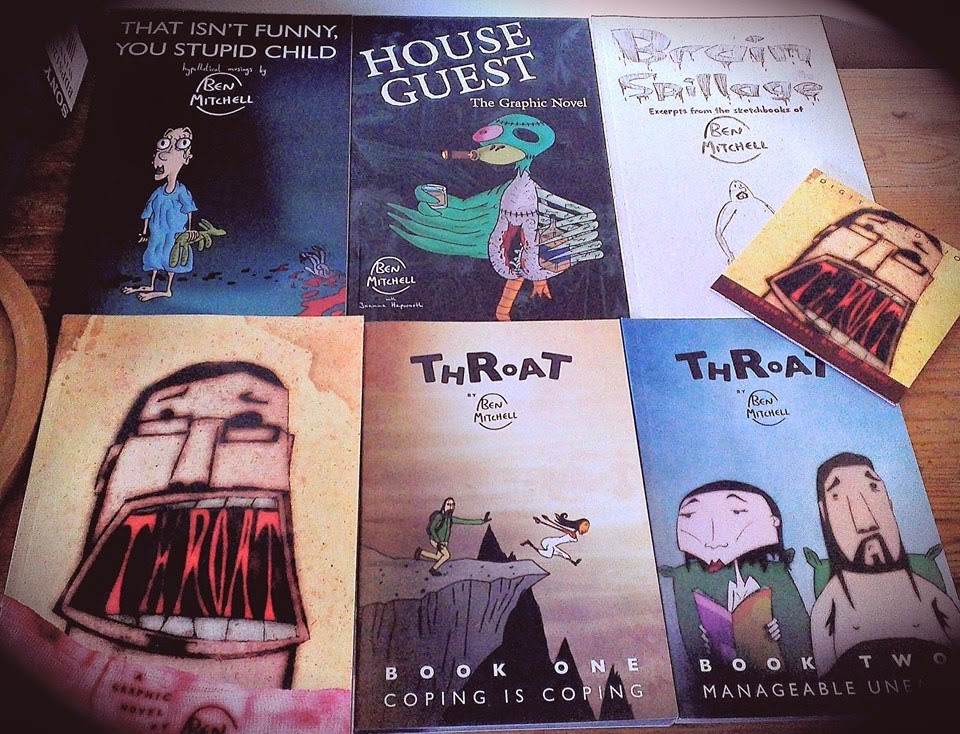 Finally, just a reminder that I'll be in Cheltenham this Saturday, exhibiting at True Believers. Swing by and peruse my bookey wares, why doncha?
Posted by Struwwelpeter at 10:39 No comments: