Some very happy news regarding my latest film Speed is that it's part of the official selection at this year's Pictoplasma conference. This is an organisation I've been an enormous fan of since before I even started making films so to finally have work included is a real coup. It'll run from September 18th-19th, naturally it'll be an online iteration but their guest line-up and fellow official selectees are all top-notch, plus it's completely free, so it should be pretty damn great. You can check out what's on offer here.

Those wonderful folks over at Routledge are having themselves a summer sale, which means that my chunky book Independent Animation: Developing, Producing and Distributing Your Animated Films is along for the ride at a glorious 20% off until the beginning of August. Don't forget there's FREE SHIPPING on top of that, friends. Grab yourself a copy today and stave off them pesky lockdown anxiety attacks with 440+ pages of indie animation wonderment!
Speaking of books, I've gotten wind that all of the paperback editions of my independent graphic novels have disappeared from Lulu. After a bit of lazy sleuthing it looks like there's been some big update over there and a bunch of stuff's been thrown out of whack, so I'll look into getting them back up but from what I gather their customer service has been lax lately so don't hold your breath.
In truth I'm not really sure if I'll bother as sales of all of them have slowed to a crawl and, while it was a pretty nifty thing in my early 20s, the thrill of the self-published indie comics scene has waned a touch 10+ years on. You can still buy the non-Lulu version of Throat, which I remain kind of proud of, as a three volume set via Amazon and various other outlets. There might be something in re-releasing that as a single book again down the line, we'll see. 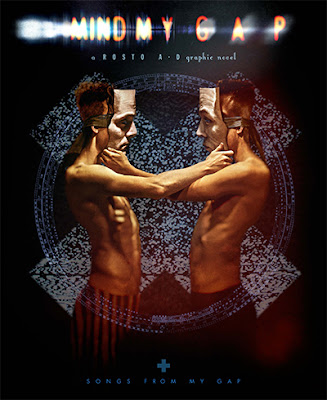 A graphic novel project I'm altogether more excited about is the long-awaited print edition of the late great Rosto's absurdist, metaphysical opus Mind My Gap, which finally arrived alongside a stunning vinyl soundtrack to his Thee Wreckers tetralogy and various other goodies. Before he passed away I was peripherally involved in the book as a proof-reader and it's wonderful to see it made flesh by the folks at Autour de Minuit who have really done the fella proud. I'm not sure what future plans there are for non-backers to be able to buy a copy but if I hear anything I'll definitely post it up as it's turned out beautifully and the more people who own it the better. 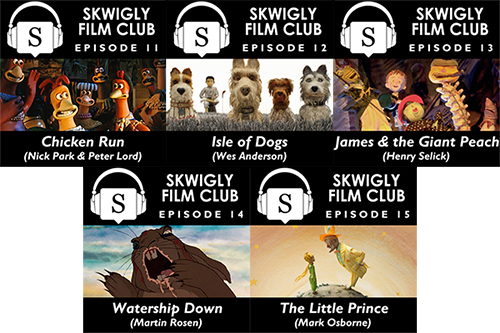 If you haven't swung by Skwiglyville in a while then you might want to catch up on some of our recent Annecy 2020 coverage, including a new interview with Andreas Hykade about his latest film Altötting. The Skwigly Film Club has also been continuing and the last few weeks have seen us do watch-throughs of Chicken Run, Isle of Dogs, James and the Giant Peach (featuring special guest Joseph Wallace), Watership Down and The Little Prince. Swing by the podcasts section of the site to check them out and get in touch if you have any future film suggestions.
Think that's all I got for this month so far. As you were.
Posted by Struwwelpeter at 09:01 No comments: