With the release date of Independent Animation looming and the onus of marketing being on the author's shoulders in a large way these days, I'm planning on doing some presentations over the coming months to spread the word in lieu of a traditional book tour. The first stop will be at Animation Grill, a regular Cardiff-based meetup organised by Gareth Cavanagh, this coming September. These are a great opportunity for people to gather together and show works-in-progress to industry professionals for honest feedback, something I feel is absolutely key to making a standout short film and as such is a great fit for the overall spirit of the book. This edition will be a little different as it will be an all-day event include presentations, a panel discussion chaired by Dani Abram and other good stuff. As well as my talk you'll be able to hear from the ever-brilliant Jane Davies (AKA Upstart Thunder), stop-mo maestro Ben Halliwell and Double Negative's Stephen Enticott. Early-bird tickets will be available from tomorrow onward for the first week, after which the price will go up a bit so get yours booked early!
Posted by Struwwelpeter at 04:31 No comments: 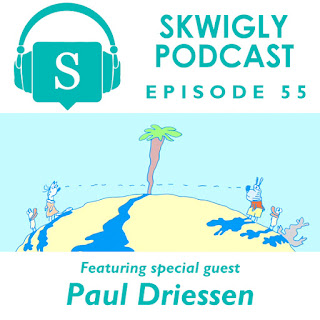 In episode 55 of the Skwigly Animation Podcast we’re joined by special guest Paul Driessen. Presently based in France, the Dutch-Canadian animation director began his career on George Dunning’s iconic 1968 feature Yellow Submarine and has been consistently prolific in the world of animated shorts since the early seventies.
Initially developing his style at the National Film Board of Canada, Paul has subsequently produced over twenty-five films both in Canada and the Netherlands. Amongst these are such acclaimed works as An Old Box, Cat’s Cradle, The Killing of an Egg and the Oscar-nominated 3 Misses. His recent NFB film Cat Meets Dog – produced by Marcy Page and Maral Mohammadian and co-produced in The Netherlands and Belgium – embraces several traits of Paul’s signature style, depicting interweaving narratives and realities through use of split screen and manipulating time in a manner evocative of prior work such as The Boy Who Saw the Iceberg and Oedipus.
The film has screened internationally at festivals including HAFF, NFF, Sitges and Animatou, with an upcoming screening at the prestigious Hiroshima International Animation Festival this August.
Also discussed in this episode – Pokémon GO (of course), how Ghostbusters fans ruined their own childhoods, the artifice of progressive subject matter in animated film and television and San Diego Comic Con animation news for Steven Universe, Rick and Morty, The Lego Batman Movie and Batman: The Killing Joke. Stream below, subscribe or direct download:
Posted by Struwwelpeter at 05:46 No comments: 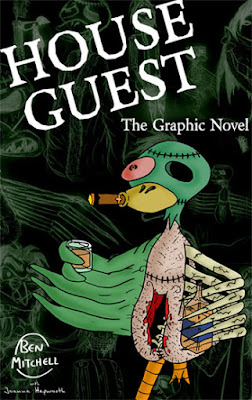 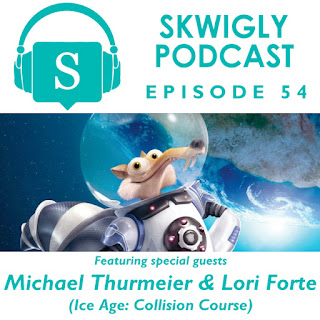 In the latest episode of the Skwigly Animation Podcast we’re joined by Skwigly contributor Wez Allard in discussion of the recent Annecy festival and its film/event highlights, in particular the presentation of Blue Sky’s latest offering Ice Age: Collision Course which is released this Friday in UK cinemas. Joining us are the film’s director Michael Thurmeier and producer Lori Forte who discuss the journey of the franchise, the evolution of its technological sophistication over the years and the process of working with the film’s voice cast among other topics. Give 'er a download or stream below:
Other discussion points of this episode include the value of staying practiced when it comes to animation fundamentals, the legacy of the recently-passed Camberwick Green and Trumpton creator Gordon Murray, hopes for Disney’s upcoming Wreck-It Ralph sequel and Laika’s latest offering Kubo and the Two Strings. 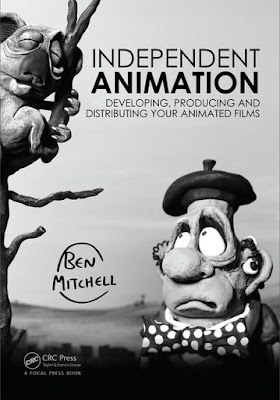 I also talk a little bit about the upcoming release of my book Independent Animation: Developing, Producing and Distributing Your Animated Films, which I'm very happy to say will be tied-in with Skwigly upon its release. In fact there's quite a lot in mind for the ways in which the site and the book will complement one another, and there's some real potential for the book to be the foundation of something quite exciting that I'll be building on in the months (possibly even years) after it comes out. On that note, don't forget the book will be released this September through CRC/Taylor & Francis, so swing by their site and give it a look!
Posted by Struwwelpeter at 05:40 No comments: 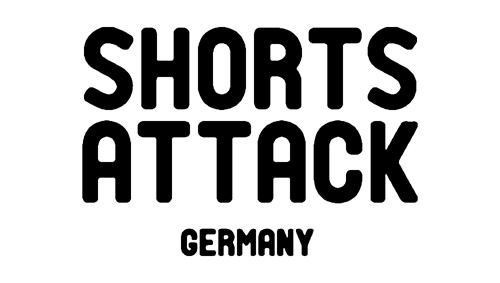 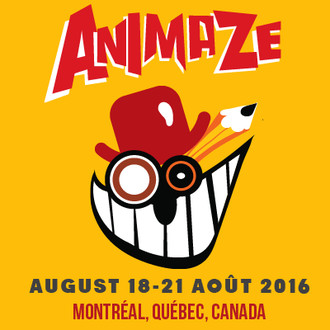 Several thousand miles west (or a lot further east if you chose to go the other way) in the wonderful city of Montreal, Klementhro will make its Canadian debut as part of the Animaze Montreal International Animation Festival. Très bon! The city being my sometime-stomping grounds, I'm really happy and grateful to finally have something of mine play over there - at the Museum of Fine Art, no less! That's right, Klementhro is officially 'fine art', there's no going back now. The festival runs from August 18th-21st, will post the usual update when I have an idea of when exactly the screening will happen, in the meantime check out the full selection here.

Posted by Struwwelpeter at 08:21 No comments: