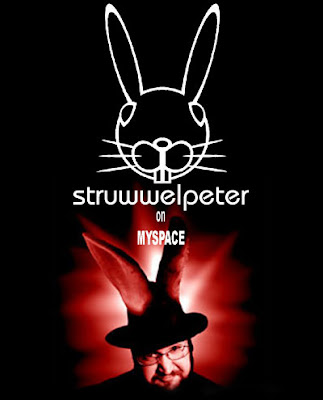 It's been over three years since 'Agnosticaust', the closest I've ever had to a 'hit' record, was released. In the interim I've been focusing my energies on animation, post-production and all the other crap I rant about it in this blog.
The music side of things hasn't been entirely abandoned, however. In the last few years I produced albums by two very sexy and alluring bands, 'Silverfish' and 'The Labrys Quartet', as well as composing the scores for a handful of independent films. More pertinently, I've been incrementally chiseling away at around thirty songs composed post-'Agnosticaust', and now have nearly two albums' worth of material in the final stages of production.
The first of said albums, tentatively titled 'The Book Of Women', will hopefully be released late 2009/early 2010, depending on the availability of session musicians. In truth, I'm in no big rush and I'd rather take the extra time to make sure each track comes out all lovely and polished. But I'm returning to my near-dormant MySpace account to host exclusive tracks as they become listenable.
The first two are live today, a piano-heavy ballad 'Hello Kitty' and my own cheesy contribution to the synth-pop revival called 'The Other Man'. Please listen, leave feedback and spread the word, because I've been away for a long-ass time as far as this MySpace pimping malarkey is concerned.
Listen to Struwwelpeter on MySpace!
Posted by Struwwelpeter at 10:16