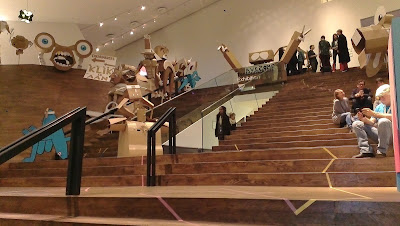 Since returning from KLIK! and its brief respite from what has to be classified as one of the most stressful and busy periods of my professional life (I love it, but I love to complain too) I've managed to piece together a brand new series of Skwigly podcast minisodes, something we haven't done in a while. The first three episodes feature excerpts from the festival's Filmmaker Talkshow sessions hosted by animation buff Hans Walther. 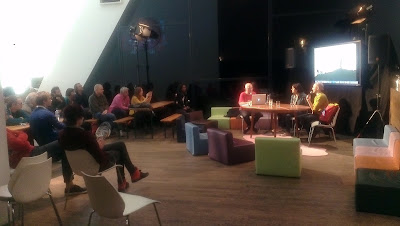 Unfortunately due to an audio glitch with the recordings provided not all of the interview sessions could be included but there's a lot of great insight from attending filmmakers Natali Voorthuis, Roman Klochkov, Stephanie Blakey, Laura d'Addazio, Alexandre Mailleux, Frederic Siegel, Veronica Montaño, Manuela Leuensberger, Lukas Suter, Sacha Feiner, Marilyn Haddad, Monique Almelle Renault, Susanna Szabo, Eugenia Pashkina, Liz el Saadany, Fela Bellotto, Lalita Brunna and Marieke Blaauw of Job, Joris and Marieke.
In episode four I meet the remaining two-thirds of said studio, Job Roggeveen and Joris Oprins, discussing their body of work that includes the fantastic Mute, the Oscar-nominated A Single Life and their most recent short (Otto). Also in the final episode I meet festival director Yvonne van Ulden, catch up with the brilliant PES about what he's been up to since last year's podcast appearance and speak with Cartoon Saloon's Tomm Moore about his involvement in the multi-artist animated feature The Prophet. You can listen to all four episodes via our Skwigly at KLIK! playlist below:
On top of the podcasts you can also read my report on the festival as a whole (as well as some personal highlights from the official selection) over on Film Hub NWC, the fantastic organisation behind This Is Not A Cartoon and who provided a bursary that helped make the trip over to KLIK! possible.
Special thanks to Tünde Vollenbroek, Samuele Mini, Jen Hall and Alison Kennedy. Here's hoping I'll be back over there next year!
Posted by Struwwelpeter at 05:28