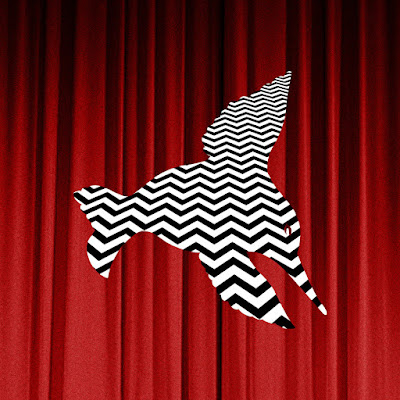 So funny story.
Back when I was in uni, when I wasn't recording nightmarishly cringey songs I was recording actual nightmares.
I didn't say it was a 'funny ha-ha' story.
At any rate, I was in full-on thrall to the oeuvre of one Mr. David Lynch, as I think is somewhat obligatory to a certain percentage of all creative arts students, and that naturally bled into my own work in the midst of my fumblings at some sort of individual artistic direction.
Now the return of Twin Peaks is imminent and in celebration I've reached back 15 odd years and pulled out some aural horror for you all to enjoy. Presenting for a limited time: Lodge Coffee!
The tracks featured on this release originally appeared as bridging soundscapes between the main album tracks on the presently-out-of-print first Struwwelpeter LP You're All So Precious, recorded and released in 2003. They were created using a variety of digital and analogue techniques as a tribute to the sound design and composition work of such talents as Alan Splet, Angelo Badalamenti and Lynch himself, taking particular inspiration from the soundtracks to Eraserhead and Twin Peaks: Fire Walk With Me.
Sleep well!
Posted by Struwwelpeter at 00:53