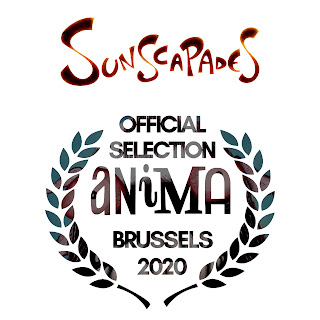 In these final months of its festival eligibility there are two events left on my wishlist that I'm waiting on before I start thinking about an online release for Sunscapades. One of them - the fantastic Anima Brussels Animation Film Festival - has just announced their official selection and I'm very happy to see they picked it for their Animated Nights category. Especially humbling to see it in such good company, alongside some brilliant new work by Erin Kim, Laura Jayne Hodkin, Fokion Xenos and Mirai Mizue among others. Don't have the specifics just yet but the festival runs from February 21st to March 1st; fingers crossed I'll be able to head over to this one in person. 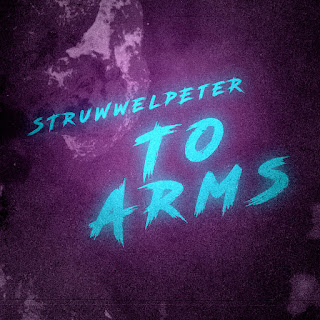 Some non-film news is that I've just put out the first single from my upcoming sixth Struwwelpeter album My Head Is Too Small For My Body that I'll hopefully have done by mid-2020. This one features special guest guitars by my old chum Ed Richardson and is a Spotify exclusive so it can't be bought or streamed elsewhere, at least for the time being. Give 'er a whirl:
I'd always suspected there was a delightfully corny action movie montage song in me somewhere and I imagine that working on Chuck Steel a couple years' back knocked it loose. For the b-side I even did a special "80s Movie Montage" remix for it to amp up the cheese.

After taking a brief break from being on sale after Black Friday, my book Independent Animation: Developing, Producing and Distributing Your Animated Films is once again, yep, on sale! From now through to the new year you can get it at 20% off if you order direct from CRC Press, and if you act fast you may even get it in time for the holidays. This is another publisher-wide sale so it applies to their other books - and if you get two or more of then it's a meaty 25% off! Plus free shipping, of course. What are you actually waiting for?
Posted by Struwwelpeter at 09:36