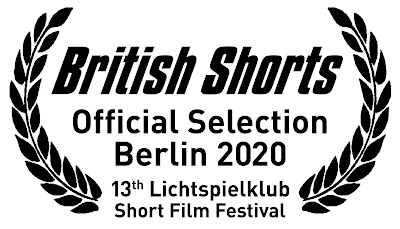 That's right, I made a new film. Sneakily and in the background, enabled by the wonderful folks who run Shy Guys Studios. I'll hold back on the major details but needless to say it's pretty different tonally and graphically from Sunscapades (or any of my films really, though I suppose closer to Klementhro in terms of minimalist absurdism) and is actually a pretty old idea I came up with during my first trip to ITFS Stuttgart but I could never find a visual approach that fit until I started playing around with DUIK, a pretty incredible free character-rigging system developed for After Effects.
The first festival to officially announce its involvement is the brilliant British Shorts festival in Berlin. This marks my third consecutive of year of inclusion after they screened Klementhro in 2018 and Sunscapades last year, so it's safe to say it's an event I have a lot of love for. As before I'm in tremendous company, with other selected films including new and recent work by Lauren Orme, Robert Morgan, Anna Mantzaris, Caitlin McCarthy, Ben Steer and Laura Jayne Hodkin among others.
The screening will take place 8pm Sunday 19th at the Sputnik Kino at 7:30pm. Danke, chaps!
Posted by Struwwelpeter at 10:51