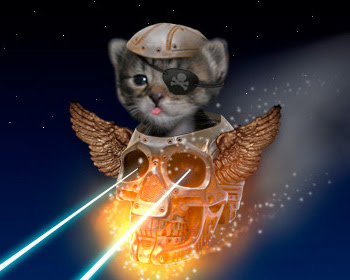 Just found out 'House Guest' was a runner-up in a 4mations competition I don't remember entering. This was announced a few weeks back now, I guess I didn't get any notification because, well, it didn't win. But pretty cool that it got a look-see.
I was fairly certain I actually had an account on 4mations, but finding that there was no way to log-in anymore initially had me assume that I'm now being rejected by skull-flying kittens. A little further investigation led me to this article, explaining that the website was initially shut down a couple months after it began (I guess it was one of many sites I set up an account with and then barely ever returned to) around the time of the Sachsgate nonsense. Essentially it came down to people being offended by sex and drug-related imagery on a website that was always meant to incorporate adult content.
There's nothing gained in pissing and moaning about an incident that occurred over a year ago, but Christ almighty, get a fucking grip.
Anyway, 4mations has now become an animation blog with lots of quite interesting (albeit filtered) shorts and suchlike.
Here's some adorable, inoffensive cartoon nudity from 'A Cautionary Tale' to go out on: 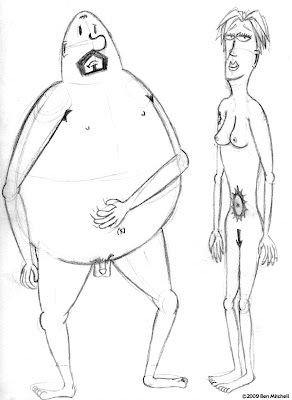 Posted by Struwwelpeter at 04:46