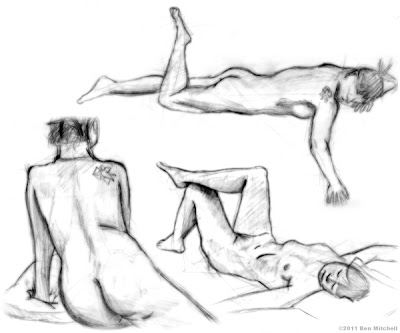 I’ve been keeping at the life drawing after my resolution to do so earlier in the year. Amazingly, when I resolve to be a better human being and eat more salads it never pans out, but staring at naked people I’ve really been able to stick with. Huh. 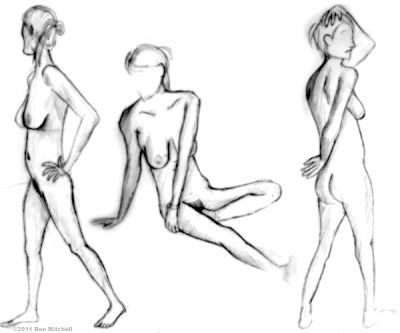 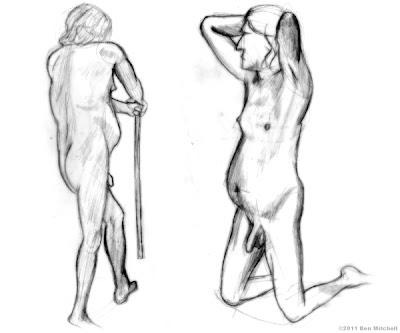 It’s a strange beast, sketching the non-cartoon universe. Some days I’m really happy with what comes out, others see me mortified with how childlike and amateurish my drawings seem. I still hit a brick wall with faces although I’d say my sense of proportion and perspective is gradually improving. 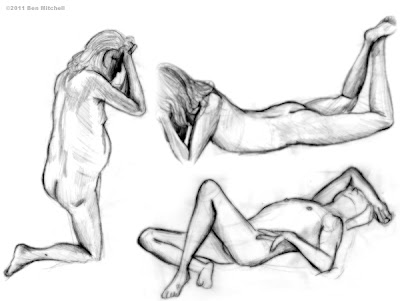 As well as the figure drawing I’ve been dabbling with some landscape and environments as part of a sketching group that meets on the weekend. I’m a lot less happy about the quality of these than when I draw people, so they’re not going up here any time soon. I’ll crack on regardless, I guess knowing that you suck at something is the first step toward getting better at it. 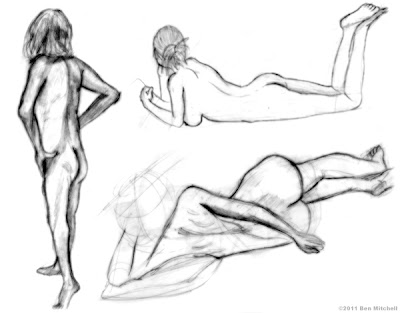 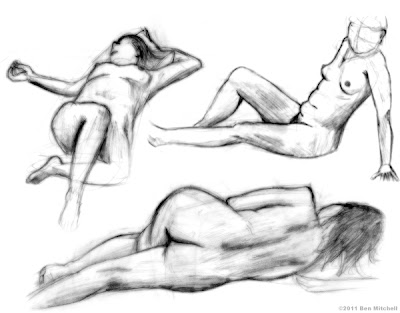 On a completely separate note, I realised last night that today is the two-year anniversary of the greatest day of my life, seeing the briefly reunited Faith No More headline at the Download Festival in 2009.

I’ve honestly never been as euphoric as I was for those two hours, and it’s unfortunate that the only footage of the whole show that exists online was ripped from the SD, mono, muddy-sounding webcast. Recently however a snippet of the setlist did get broadcast in HD and stereo, so In Memoriam here they are.
Coincidentally I have also made some baby steps back into the music world. Two weeks ago I did my first set in four years at a Bath-based venue I’m not too prepared to disclose as I’ll be doing more shows there in the coming months and want to keep them on the QT (I’m adorably shy). 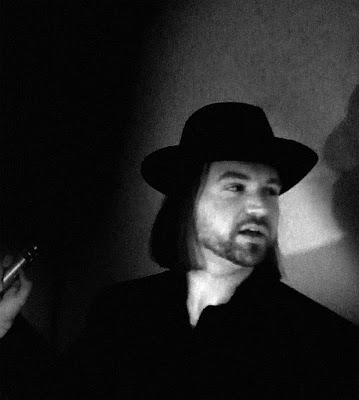 Of course my obsession with the band insisted on me throwing in not one but two Faith No More covers. Here’s a rough, unmastered snippet for your enjoyment – assuming you enjoy derision. When I have time I’ll do a proper mix and chuck it online somewhere.
Struwwelpeter - ‘Midlife Crisis’ live cover snippet
Posted by Struwwelpeter at 10:23