For reasons that are probably pretty easy to discern but I don’t want to jinx by outright stating on here, I’ve been leafing through some old sketchbook for any early development scribbles and doodles for “Throat”. These go back to early 2010 when the idea was barely formed (it was originally going to be more of an illustrated non-fictional journal that would’ve bored and depressed literally everyone who glanced at it before I made what I suspect was the wiser move of of making it a more comedic, graphic novel project).
Unfortunately some of the really early stuff is smudged, torn or crinkled to the point of illegibility but I did find a few survivors, chief among them some very early Lyman sketches. Some of these were for specific, non-“Throat” purposes, like birthday cards or thank-you notes, but they show a fair bit of how the character developed visually before I started the book proper. 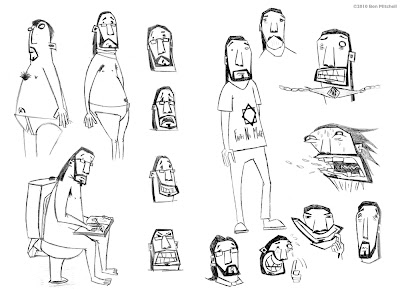 Here are a few more randomly sketched-out ideas, some of them found their way into the story, others didn’t quite fit: 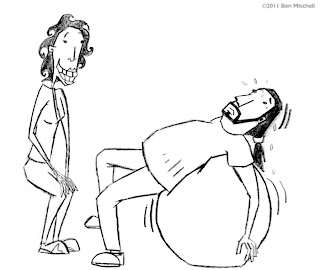 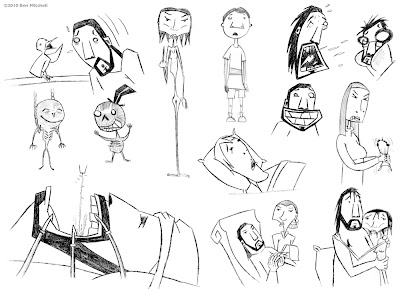 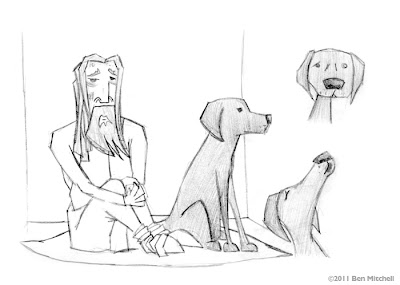 On a not-entirely-unrelated note, here are spreads for an entire chapter that was part of a substory I removed completely about Lyman’s job as an app developer: 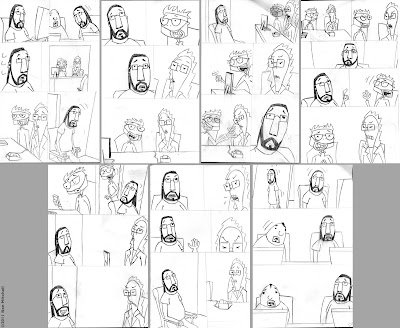 Hopefully this time next week I’ll be able to announce what all this rummaging is for, so stick around as it will be holly and jolly news indeed!
Posted by Struwwelpeter at 04:47