You had me at "I'd like to peel your skin off" 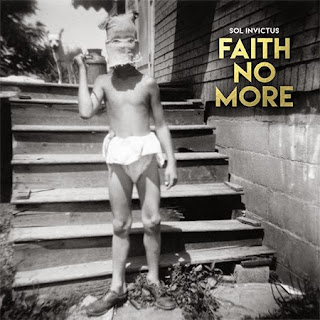 Today's reason to be rock-back-and-forth-giggling-and-crying happy comes in the form of Faith No More's latest album Sol Invictus being available to stream a week ahead of its physical release. I've been fighting the urge to listen to badly-compressed leaked versions of the album and as such it feels like I'm literally the only FNM fan in the world who hadn't heard it until today. But by Christ it was worth the wait. Every molecule of doubt that it wouldn't be up to their previous standard was jettisoned the moment I heard the first chorus of the opening title track. It'll need a few hundred listens for me to get a proper sense of it as right now listening to it is more of an emotional experience (I have emotions! Who knew?) than anything else, but in the meantime why not join me and treat yourselves?
It feels a bit limp and embarrassing to bring up my own music on the heels of such excellence, but in anticipation of the digital release of my latest Struwwelpeter album The Birdcage I've put up another new song, one that's fairly representative of the strangely upbeat, folksy/poppy feel of the LP as a whole. I imagine if I played this to myself as a teenager he'd screw his fat face up in confusion. 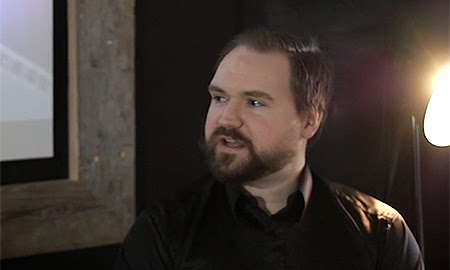 Also want to say thanks again to James of CineMe for having me on his show Short Cuts, talking animation, UWE, Bristol, Skwigly and my now-very-old short The Naughty List. The episode aired at the exact time last week's exit polls were causing the nation to collectively scream into a pillow so if you missed the broadcast you can watch it online here.
Posted by Struwwelpeter at 03:40