I hope I packed enough sunscreen

Happy Sunday everyone! Typin' atcha while bathed in the eerie, warming glow of Bristol Airport's flourescent lights at a time of morning I'm very rarely awake either by or until. Soon, however, I'll be Annecy-bound and it's sure to be a fun jaunt, if wet and exhausting. There'll be lots of Skwigly coverage, naturally, in fact some of it's already gone up. Steve has a round-up of the UK presence at the fest while I catch up with Patrick Osborne, he who directed the universally-beloved Oscar-winning Disney short Feast (that we spoke with him about previously). Since then he's been working away with the Google ATAP team on the VR film Pearl that festivalgoers can check out at the festival, where Patrick will also be part of a panel discussion on the possibilities and practicalities of VR filmmaking. 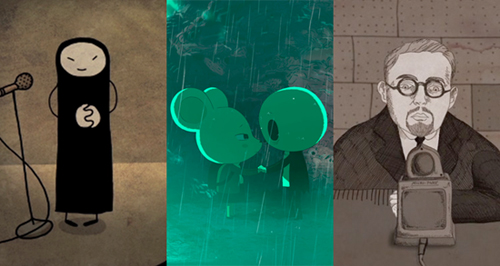 While most of what Annecy has on offer will be new to me, there are few personal recommendations for others who are attending that I have from my various travels and dealings in recent months. On the features side of things, look out for Ann Marie Fleming's NFB film Window Horses, which draws on the talents of some wonderful animators to tell a story of Iran's cultural landscape from the perspective of an out-of-water Westerner (I also have a director interview going up next week).
Also worth a watch is the fascinating Psychonauts: The Forgotten Children by Alberto Vázquez and Pedro Rivero, a feature-length outing for the characters established in the short film Birdboy boasting much-improved design and animation and some unexpectedly bizarre humour that was right up my street. You can read my full review of the film for more on what I made of it.
I also have to give props to Penny Lane's Nuts! - it's a film that at first strikes the viewer as misguided and a little confused, being an adaptation of a clearly non-impartial biopic of medical and broadcast pioneer 'Doctor' John Brinkley. As it goes on, however, all confusions are evaporated, revealing a very astute and commendable character study. Ironically my only issue with it is the animation, but I'll expand on why when my review goes up later in the week.
As far as short films are concerned, again there's a lot I've not yet seen but of the ones I have here are some absolutely cracking pieces of work to watch out for:
How Long, Not Long (Michelle Kranot/Uri Kranot, Denmark)
Squame (Nicolas Brault, Canada)
Spoon (Marcus Kempken, Germany)
Stems (Ainslie Henderson, UK)
Blind Vaysha (Theo Ushev, Canada)
Accidents, Blunders and Calamities (James Cunningham, New Zealand)
The Head Vanishes (Franck Dion, France) - interview going up on Skwigly tomorrow. 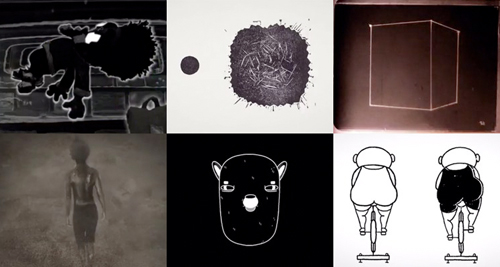 In non-Annecy Skwigly round-up news, on top of an interview with Ren & Stimpy APC veteran and Looney Tunes-redesigner Jessica Borutski about her new show Bunnicula, last week was largely devoted to shining a bit of a spotlight on some fresh-faced Canadians who have recently made their first professional animated films as part of the National Film Board of Canada's ongoing Hothouse apprenticeship scheme. We did a similar thing last year, this time around hearing from Hothouse alumnus and Mentoring Director Malcolm Sutherland, as well as the filmmakers themselves: Curtis Horsburgh, Duncan Major, Rhayne Vermette, Lorna Kirk, Catherine Dubeau and Pascaline Lefebvre. There's some really lovely work there and the films are all very short, so give 'em some love.
Righto, time to wrap up, I've got a plane to catch.
UPDATE: No I don't! Not for another five goddamn hours. Top notch work, EasyJet! 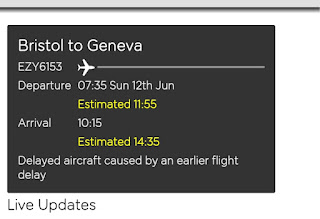 Posted by Struwwelpeter at 00:38