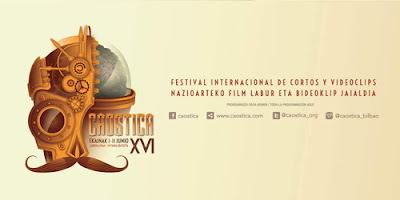 The sixteenth edition of Caostica is upon us and, as previously mentioned, Sunscapades will be among the animated shorts in the official selection. From perusing the line-up it looks like the film is part of the Friday all-nighter Artxandageddon Bizarre Party Vol. 4. Right on. The screening and other frivolities, including an awards ceremony and a bunch of DJ sets, kick off at the Artxanda Skating Rink on June 8th at 9pm and goes on until the wee hours. You can check out a flier for the full programme here. 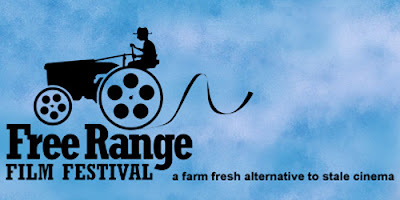 It's always fun to hear that the films get screened in all sorts of unique settings and locales - over the years I've had work play at outdoor pools, on boats, in modern art museums, in antique bookstores and projected onto bedsheets. As cool as it is to add skating rinks to the list, the Free Range Film Festival has topped even this by literally holding their event inside a century-old barn. The festival takes place June 29th-30th at, according to their Facebook page, "the junctions of County Roads 1 and 4 just one mile south of Wrenshall, Minnesota."
and the US premiere for Sunscapades will be on the 30th around 9:30pm. I'm rather chuffed. Plus those of you who can make it to the event in person can go home with armfuls of fresh produce
Posted by Struwwelpeter at 03:00