Been a quiet-ish start to 2022 as far as things I can publicly mention, so as we reach the end of the month here's a few bits and pieces to throw into the ol' void in one go.

Chuck Steel: Night of the Trampires, the insane stop-mo feature I did some bits on a few years ago, is finally being released to buy or rent this coming Monday after last year's brief theatrical run. This is just online and in the UK for now but knock wood there'll be some physical/international release updates soon.

The House, one of the projects I was looking forward to the most in 2022, had the good manners to be released right at the beginning of the year, so I've rather gleefully devoted some time to giving it coverage. Head over to Skwigly and have a read of my review and interview with the incomparably gifted directors Emma De Swaef, Marc James Roels, Niki Lindroth von Bahr and Paloma Baeza. As with Chuck, this boasts some true stop-motion greats among its crew, although tonally it's miles away. Definitely give it a watch if you get a sec.

Going back to something I worked on (in a small sense) - Laura-Beth Cowley's Crafty Witch has a couple more screenings coming up. Firstly the excellent Berlin festival British Shorts (who have been gracious enough to screen my films Klementhro, Sunscapades and Speed in the past) will be showing it tomorrow at two venues - 8pm at City Kino Wedding and 8:15pm at Sputnik Kino. Laura-Beth also spoke with culture blog The New Current about making the film - have a read here.

Another Berlin outing for the film will be on Saturday, February 5th at the Final Girls Berlin festival. Crafty Witch will be screening as part of the 11pm Shorts 6: Midnight programme, again at City Kino Wedding. Grab your tickets here.

Posted by Struwwelpeter at 05:05

This blog is mainly an attempt to keep track of my various creative projects.
Alongside my work as an animation freelancer and independent director I am Editor in Chief at Skwigly Online Animation Magazine and producer/presenter of the Skwigly Animation Podcasts.
My first non-fiction book Independent Animation is out now through Taylor & Francis/CRC Press and I am currently promoting my latest animated shorts Sunscapades and Speed. 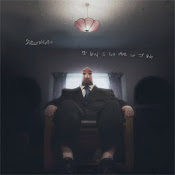