It's Always Sunny in Belo Horizonte 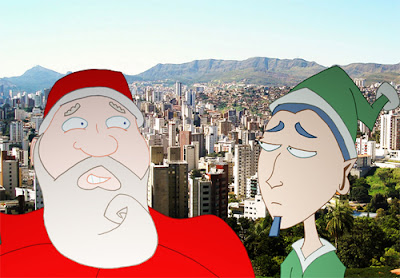 Given that we’ve been mired in a state of perpetual winter for the last twelve months, it’s perhaps fitting that I can still find cause to pimp my seasonal short “The Naughty List” from time to time. I know it was finished over two years ago but little reminders that it ended up doing pretty well and still gets out there occasionally is a helpful assurance that yes, these projects do get done eventually as the ever-marinating “Bullies” still has a long way to go before the end’s even in sight.

So this month my pantsless Santa flick rears its head three times at the 10th MUMIA Festival in Belo Horizonte, Brazil as part of their ‘Internacional 4’ screening. Dates/times/venues are:

All times BRT, which I imagine doesn’t need clarifying. So if the very small section of Brazilian readers (that region of my statistics map is a fairly light shade of green, I’ll admit) fancy popping over there I’m sure you’ll have a grand time. As ever my film’s amongst some pretty good company, including the likes of Grant Orchard, Juan Pablo Zaramella and Dmitry Geller. 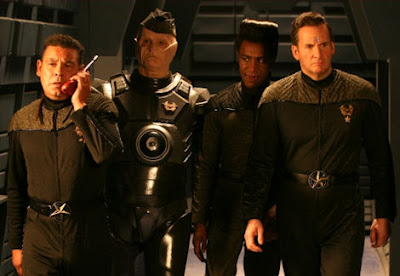 Complete change of subject: "Red Dwarf X"…didn’t suck.
In fact, after an admittedly shaky first five minutes I’ll be damned if I didn’t even laugh out loud a fair few times. And I pretty much never laugh out loud at TV; I’m a cold, soulless fellow after all.
So fair play, chaps. Here’s to an unexpectedly strong comeback. Yes, I know this isn’t the type of thing I usually put up here, and it’s probably the first time I’ve even mentioned being aware of the show at all (li’l prepubescent me was quite enamoured of it) so that aside might be a bit confusing.
Meh, such is the spice of life. You guys should just be grateful I don’t post naked pictures of myself up here every day.
Posted by Struwwelpeter at 14:00