You can't keep a good Klementhro down. After yesterday's mumblemouthed attempt at an explanation for his existence, here are the specifics for the film's next Swiss screenings as part of its Short Film Nights travels.
This Friday (May 13th) a slightly-truncated version of the programme (though Klementhro still appears to be part of the bill) will play in Chur at the Kino Apollo, kicking off around 9:15pm. That same night you have three opportunities to catch it in Basel, with a number of different times and running orders of the programme taking place in several cinemas in the Kult Kino Atelier (the earliest of which starts at 8:45pm).
The following Friday (May 20th) the tour heads to Lucerne where it will play at both the Kino Bourbaki (8:30pm start) and the Stattkino (8:45pm). As always be sure to swing by the main tour website for more info and the latest dates as they're announced.
On a related note, I recently realised why I've been so enamoured of the tour logo; it's a spiritual sibling to a favourite album cover: 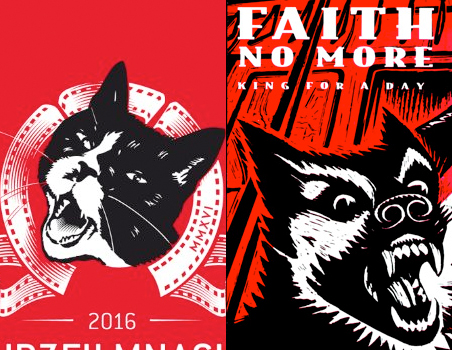 Posted by Struwwelpeter at 04:37