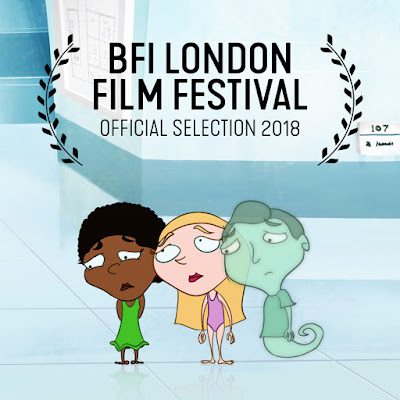 Some fantastic news I've been sitting on can finally be revealed today. On the heels of its first major festival selection next month Sunscapades will be screening in October as part of the BFI London Film Festival!
Not only that, it's in what looks to be one of the most exciting screenings - Real Horrorshow - alongside a mix of animated and live-action shorts that look absolutely fantastic, such as Anna Mantzaris's Good Intentions that, as with Sunscapades, also features music by the excellent Phil Brookes.
All told the film is in damn good company and, given that it's not an animation-focused festival, I'm incredibly honoured to be among the ones that made the grade, including recent work by Chris Shepherd, Evgenia Golubeva and Peter Millard to name a few.
The screening takes place at the Prince Charles Cinema (Downstairs Screen) on Sunday October 14th at 3:30pm, then repeated Thursday October 18th at the Rich Mix Cinema (Screen 1) and tickets go on sale September 13th. I'll definitely aim to be at the Sunday screening so hope to catch you there!
Posted by Struwwelpeter at 19:50