Nether gonna give you up 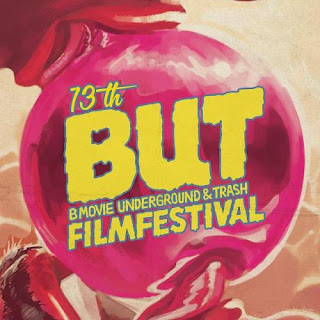 I wasn't expecting to write this so soon but I can cheerily confirm there's another upcoming festival for my new film Sunscapades! Following on from this week's earlier news nugget that it will screen at Encounters late September, before then the film will get two screenings at the BUT (B-Movies, Underground and Trash) Film Festival that will take place in the Netherlands - Breda, to be precise.
Sunscapades is part of Shorts Block 1 - Over the Top Humor on August 30th 7pm at the Chassé Cinema, repeated on September 2nd 12pm at the Nieuwe Veste in Hall 4. You can grab up some tickets here.
What's especially cool about this news is that, as with Encounters, this is a festival that has screened my work in the past. In fact it was one of the very first events to take a punt on my films, screening my student film House Guest (with whom Sunscapades does share a certain B-Movie/Underground/Trash vibe, I'd be happy to concede) way back in 2009. It's good to be back in BUT country.
Posted by Struwwelpeter at 14:18