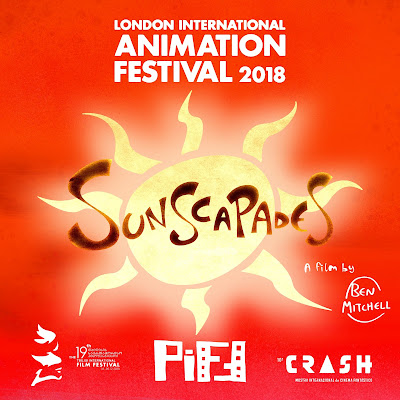 Speaking of UK Animation, as previously mentioned the BBC4 documentary Secrets of British Animation screened last night to much enthusiasm and will be available on the BBC iPlayer for the next month or so if you didn't catch it. Personal highlights include a wonderful segment on Joanna Quinn and a behind-the-scenes look at my 2017 summer fling Chuck Steel: Night of the Trampires. At only an hour it could never have been a fully comprehensive overview of all of British animation's best and brightest, but the laundry list of conspicuous absences make a pretty good case for a follow-up doc or maybe something more like a series down the line. Fingers crossed someone over at the BBC feels the same way. At any rate be sure to get it watched while you can and massive kudos to director Seb Barfield, producer Sophie Taylor and the rest of the Academy 7 team for a fantastic job.
Posted by Struwwelpeter at 15:48