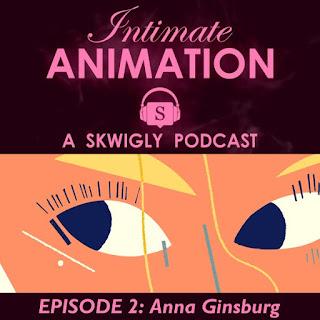 After a warm response to episode one, Laura-Beth and I gleefully soldiering on with our new Skwigly podcast series Intimate Animation. In this episode we discuss the effectiveness of animation in conveying sex-related topics such as Project Consent and work by filmmakers including Sam Morrison and Ruth Lingford.
We also meet talented director Anna Ginsburg whose Random Acts/It's Nice That short film project Private Parts is screening at both Encounters and Ottawa next week. There are some keen insights from Anna that we're really happy to be able to share and on the whole I'm feeling very positive about this new endeavour which, as always, you can stream above or direct download. 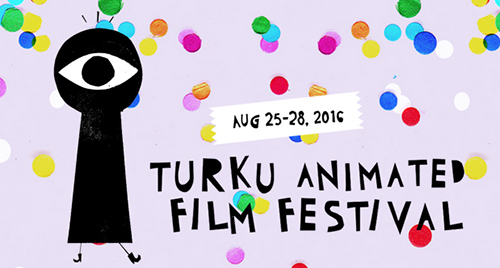 As well as what you hear in the podcast segment we also discuss Anna's other work (will put up a written feature going into these soon) and her recent travels. As it turns out, Finland's Turku Animated Film Festival that she just returned from had, unbeknownst to me, included Klementhro in one of its guest programmes Ship Ahoy! that took place on the unfortunately named S/S Bore. As best I can tell this was in association with its screening in the Czech Republic back in April, so much belated thanks to them! 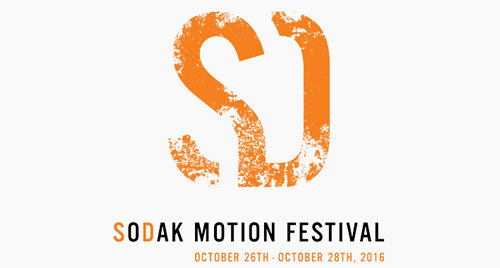 While the film is screening from tomorrow through to Saturday at Ukraine's Linoleum Festival I've also gotten wind that it will be part of South Dakota's SoDak Motion Festival that takes place in late October. Stateside screenings have always been something of a rarity for me so that's very pleasant news indeed. More specifics when I get 'em.
Posted by Struwwelpeter at 09:17